Characters are the player's personal and customized soldiers to be used in the FPS portion of the game. The 'Characters' section allows for creating, renaming, and customization of your soldiers. Soldiers are able to carry different weapons and be assigned combat badges that grant in-game perks; these can range from increased running speed to ammo pick-up from dead soldiers. Soldiers can enter into a battle where a character slot is available with a participating assault team with available resources.

The six types of soldiers to choose from are:

You can buy soldiers of any type (class), if you have: 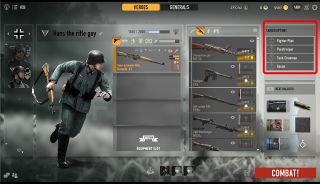 Transferring an Infantry to another character class (characters created before aug.2016 only)

Characters created before August 2016 can change career (class). Costs and Ranks to unlock those career changes are detailed below:

Whatever the class, each character is customizable. In the lobby, the main panel is shown here. 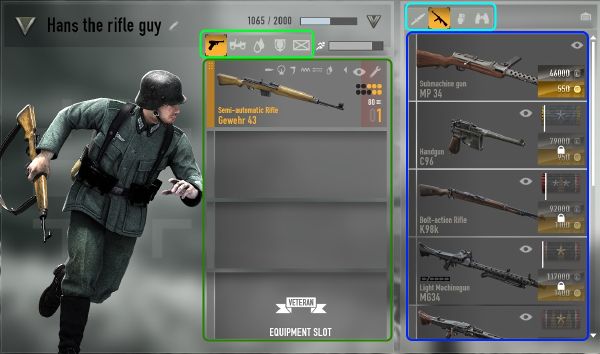 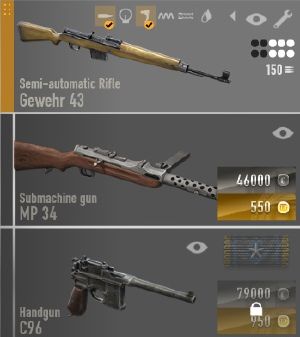 In the main customization menu, from left to right, you can change:

The available equipment is divided into 4 categories:

You can further customize weapons, see this section. 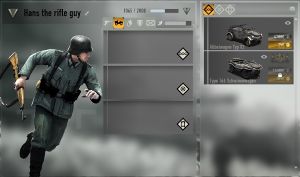 =>This means you can have 1 of each vehicle type equipped at the same time, for more spawning options on the battlefield.

You can further customize vehicles, see this section.

Always keeping a standard infantryman character around makes you much more versatile on the battlefield, if your tanker runs out of tanks, you wont have to leave the battle but can continue on foot with your infantryman.