Paratroopers' main task in the battle is to successfully land on a objective, capture it and defend it. They are very efficient if used properly during the game. They can also be used to drop behind enemy lines and harass the enemy and/or delay the enemy's advance. A Paratrooper can be bought with gold or credits after reaching Player Level 5.

(Newer Soldiers no longer have the feature to select to different careers, as such of the new Buyable Soldiers and their reduced price.) 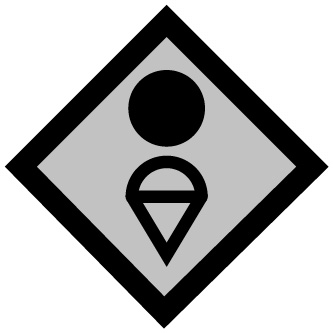 Paratroopers spawn on a Transport Plane and parachute onto the objective when the plane passes over the desired objective. Once landed, Paratroopers are not too different from Infantry; the main difference aside from parachuting being that Paratroopers have 6 equipment slots compared to Infantry's 10. German Paratroopers currently have a Paratrooper-exclusive weapon, the FG42 (Fallschirmjägergewehr 42) while Soviets and America do not, although USA has Johnson LMG available as an equivalent. Despite the assault rifle availability for U.S., buying M1A1 Carbine is recommended, so that then 3 use medic pouch may be used for 2 equipment slots. All other rifles and SMGs require 5 equipment slots, only allowing for single use medic kit instead, with assault rifles requiring 6. It is more likely that you will survive 4 encounters with full health and the carbine, than with the assault rifle (US LMG) and deteriorating health, however at point blank ranges against other LMGs or assault rifles remote- next- encounters are very much in question with the M1A1 in defense. S.U. paratrooper may also afford med pouch, sacrificing spare mags on PPD-40 or PPSh-41 for a maximum of 71 rounds of the the loaded mag, however these two weapons are most inaccurate in game. Hoarder badge will add up to 3 mags if you choose not to use default 5 equipment slots of SMG/Rifle removing spare mags for med pouch, but with Free Fall badge as requirement (read below) premium membership is required for two badge slots. All in all USA paratroopers have the upper hand with that in mind.

American and German paratroopers have their own exclusive camouflage patterns, but Soviet paratroopers do not.

Paratroopers are unable to carry bolt action rifles, however this was a common occurrence for early paratroopers as their standard weapon if they required more long range firepower.