US: "Our Soviet allies have lent us a number of their hand grenades for testing. the RGD-33 fits nicely in right between the German stick grenades and our own Mk. II. both in how far they can be thrown and damage."

German: "The Soviet RGD grenade sit(s) right in the middle between our stielhandgranate 24 and the American MK II. A bit shorter range than ours, but a bit more damage."

The Soviet RGD-33 is an anti-personnel fragmentation stick grenade developed in 1933. It was designed to replace the ageing Model 1914 grenade and was used during World War II.

The grenade was complicated to use and manufacture. After the German invasion of the USSR, the simple and crude RG-42 was developed to slowly replace it.

The RGD-33 is the standard anti-personnel stick grenade of the Red Army. Its great balance between damage and range makes it a fine compromise between the Mk. II and Stielhandgranate 24. Its low equip cost makes the RGD-33 a fine choice to complement any standard offensive kit. It is also somewhat cheaper to resupply compared to the American and German grenades

For a Soviet soldier it will cost 122 credits per grenade to resupply. 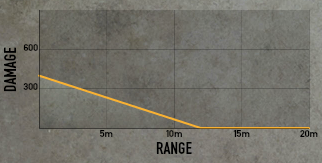