The Walther P38 was a pistol developed by Carl Walther in 1938. Walther was asked to build a pistol to replace the more expensive Luger P08 in 1932, and started experimenting with some existing models such as the Polizeipistole. The P38 never successfully replaced the P08 and were both used extensively throughout the second world war, often being given to officers or generals as a form of commendation. Snipers, medics, tank units and other specialists were given these pistols too.

The P38 was the first pistol to use a locked-breech mechanism. This also made it possible to have a bullet inside the chamber and the hammer de-cocked, thus making it safe to carry around without the possibility of accidental discharge. In turn, the shooter could instantly start shooting without pulling back the slide, only having to disengage the safety, saving vital time in the process.

The in-game statistics of the P38

The P38 is very accurate in-game. You can easily headshot people from 50m away because of the good iron-sights. When you upgrade the rate of fire, it can also be easy to dispose of enemies up close. This gun is great to take with you as any specialist, even AT. With just 2 equipment slots you'll always be able to squeeze your gun in somewhere. It is advisable to not engage in a firefight from far away as the damage dealt and drop off is severe on pistols. You can't put another paintjob on it and can't change the range of the iron-sights.

The main advantage over the P08 is the accuracy. You won't have the hammer jumping up and the iron-sights are great. On top of that, weapon maintenance cost is a slight bit lower (not the bullets and modifications) so it will save some credits/gold in the long run. 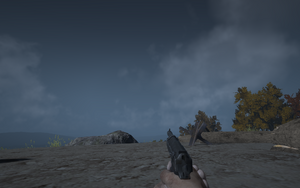 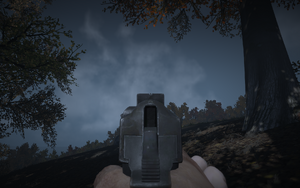